Oh hey look, it's raining. How unusual. (Not.) I love long sleeved garments, especially when they're 100% cozy and made in Bangladesh. Too bad I didn't actually purchase it in the country itself. Nonetheless, it was a thrifty steal for 4 bucks at value village. That's my kind of deal!
This is the second outfit post, first one can be found here. 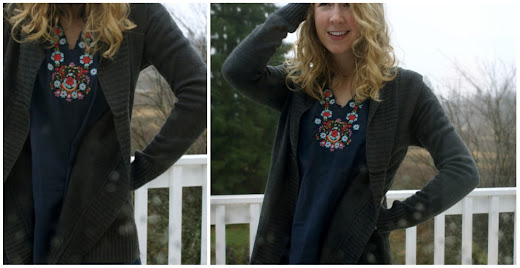 Alright, many of you may know of Sydney, and are already aware of her 'Awkward and Awesome Thursday' posts. To be completely honest, I haven't done it yet, mainly because my thursdays are generally pretty blah. SO, here's a bit of a spin-off of what she presents on her blog, only it's Strange and Stupendous instead. Here we go, 3, 2, 1, ...blast off!
Strange:
- Math class. What do you get when you cross a ‘Katie’ and a major lack of sleep? Tears of joy, tons of giggles, and even the teacher asking if everything was alright.
- Speaking of tears, one of my friends who I haven’t seen in over a year was standing outside the classroom door and just so happened to look in right as I was balling my eyes out (from laughter). Niagara falls, I tell you.
- Going in the gas station to pay for gas, and then just standing there awkwardly semi-spacing out after I hand the cashier my moola. “…alright, you have a nice day.” Wha? Is she talking to me? Oh. Right. Gas.
-  Screeching to a halt as I almost passed the library, and then doing an extremely bizarre u-turn in the middle of the street. It was obvious from their facial expressions that the people who drive around me love me.
- Thinking it was a marvelous idea to back into my driveway to avoid mud. Stepping out of the car with confidence of my excellent parking job…and then realizing my TOMS got themselves into an even bigger mass of mud than there would have been on the other side. Lovely.
- Attempting to unlock the front door of my house with a car key. My dog gave me the most pathetic sympathy look ever.
Stupendous:
- Jamming out in the car to ABBA, specifically this song, with my dear friend Aubrie. Nothing like a good flashback to the mid 70's, early 80's. (...I actually wasn't alive in either of those decades).
-All the books I needed for one of my class projects came in to the library today! Three cheers for ordering early!
- Wondering what I was going to eat for lunch, and then finding the most delicious home-made granola EVER in the pantry (and vanilla yogurt in the fridge). Brekkie for lunch, could there be anything more clever? Actually, yes, there could be..like eating dinner for breakfast, perhaps?
- It’s actually snowing at the pass! Which means no more canceling trips due to rain. YESSS. Shredding it up with the board tomorrow, friends!
- Jesus. Just…stupendous in general.
-My little (yet bigger) bro teaching me how to waltz in the kitchen this evening. He told me I should join his waltzing class on Tuesday nights. Precious.
Keep an eye peeled, I may add more to this later this evening, the day's not even over yet.
(Have any of you ever thought of how disgusting that phrase sounds? Keep an eye peeled, not an orange, not both eyes, just one. Is that American? I bet it's American.)
Posted by Katie at 3:46 PM 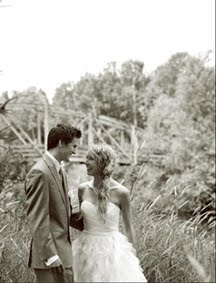